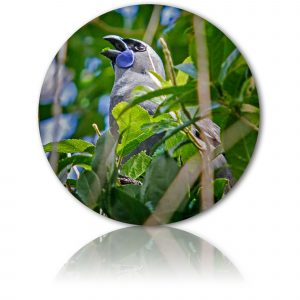 What a fantastic story of conservation

Tiritiri Matangi Island is a story related to the recovery of flora and fauna strongly related to conservation and ecology.

A new generation of enthusiasts has arisen to create a new dream on the land which was in its preceding years the breeding land of sheep and cattle supplying the Auckland region with a quantity of meat and wool.

The enthusiasts planted native trees to grow a forest back, eradicated vermin and ferried back to the island many endangered species of birdlife.

Today, in Tiritiri Matangi’s small world, endangered species are again beginning to prosper. Most of the translocated species – little spotted kiwi, takahe, kokako, hihi, brown teal, saddleback, kakariki, North Island robin, fernbird, whitehead, Duvaucel’s gecko, and tuatara – all appear to be doing well in their new home. There are signs that rifleman are also increasing, and shore skinks are at least holding their own. It is too early to gauge the success of the weta punga translocation (which took place in 2010).

Most species on the island are monitored regularly in accordance with DOC national recovery plans.

As the forest grows and the numbers of birds, reptiles, and invertebrates increase, Tiritiri Matangi will become more richly diverse.

The future plans are to translocate lizard species, seabirds, invertebrates, and possibly bats.

Tiritiri Matangi Island will continue to be a popular tourist destination in the future. School visits are likely to increase. The future challenge for the Island’s guardians will be managing visitor numbers. Safeguarding the magic of wandering amidst birdsong on forest paths will be paramount.

A great visit for families, and educational groups.

I recommend you take the Guided Tours in the morning and have a lunch break. In the afternoon you manage your own walk on your way back to the ferry. Even better do an overnight stay.

My second visit and the end of Cyclone Cook

Initially, I was on the island for 4 days to photograph and write, when Cyclone Cook blew in. I became stormed in with 4 others and marooned for 2 extra days. This gave me more time to write, ask questions and listen more intently to the wonders of nature. Thanx Doc, 360 Discovery, and Cyclone Cook.

The extra time brought to my attention the value of an overnight stay and the beauty of solitude. I talk with God about His wonders which is one of the greatest marvels of my relationship with the great I Am.

This was my second visit to photograph the bird and plant life. My mission, is to complete my book and gift series, “The Joys of Tiritiri Matangi Island – All creatures great and small.”

My main goal was a night shoot of Little Blue Penguins, the Light House, Little Spotted Kiwi, and the tree Weta. I was disappointed not to see any Little Spotted Kiwi, but thanks to Paul and Masaki, the weta spotters, I was able to photograph my first large Tree Weta. Another thrilling experience was the nighttime appointment with Little Blue Penguins.

A little history – Credits from http://www.tiritirimatangi.org.nz/history

If you are not aware, up to 40 years ago Tiritiri had been amongst other things a farm.

Around 800 years ago, Polynesian voyagers made their first landfall on Aotearoa. The Maori prospered here.

An archaeological excavation in 1997 near the wharf suggests Maori arrived on this island about six hundred years ago. They established campsites and small villages close to the sea.

Farming began on Tiritiri Matangi soon after 1840 on 200 hectares leased out by the Government. At its peak, Tiritiri was stocked with over 600 sheep and shorthorn cattle. The farming family lived on Whangaparaoa Peninsula and crossed to the farm by steamer, sailing boat, and sometimes dinghy, to muster or shear sheep, watched by lighthouse children who sometimes secretly rode the farm horses.

The farm lease was withdrawn in 1971. Tiritiri Matangi became a Hauraki Gulf Maritime Park Recreation Reserve and the keeper farmed 20 hectares at the south end until 2005.

I will add more to this story in a later post after developing the artwork and poetic storylines. When people care good things get done.

Well worth the visit for every person. 🙂

Until my next blog have a great year and I look forward to filling you in with the next excerpt from the journey. Ian.

INSPIRED BY DESIRE – To dream and share
13 July, 2018
About Living, Bird Sanctuary, Ecology and a future, Kokako, Native birds, New Zealand, Photographer, Scenic photography, Tiritiri Matangi Island, Wild life sanctuary, Wildlife, Wildlife photography
Ian Anderson
2 years ago
Translate »
This website uses cookies to improve your experience. If you continue to use this site, you agree with it.